ReNew Earth Running has cancelled the fun run event on March 31, and we are cancelling our Native Land beer release.

We heard from local Native community members that a celebratory beer release felt inappropriate given the negative impact alcohol has had on Native communities. We understand and respect the intention of the initiative, but we also want to listen to the folks who are hurt within our own community. For that reason, we will not be releasing Native Land IPA.

As always, I’m very much open to conversation, discussion, and feedback about this decision. My email is [email protected] if you’d like to talk more.

Join us for a fun run to celebrate the launch of our Native Land IPA!

This hazy IPA is a nice blend of hop characters—tropical, pineapple, citrus, a lil bit of pine, and dankness. Available on tap and in crowlers.

Native Land was brewed on Dakota and Anishinaabe land. This beer is brewed as part of the Native Land initiative, launched by Bow and Arrow Brewing to acknowledge the contributions and history of Native American People in the United States.

Proceeds from every crowler sold will be donated to the Native Governance Center, a Native-led nonprofit dedicated to assisting Native nations in strengthening their governance systems and capacity to exercise sovereignty.

ReNew Earth Running will lead a run around our northeast neighborhood starting at 6 pm. There are two routes: a 1.5-mile route and a 5.5-mile route. No need to sign up—just show up by 6 pm. It will finish at the taproom, followed by prize drawings and giveaways from ReNew Earth and Mill City Running.

Receive a raffle ticket to win with each beverage purchased afterwards. Get two raffle tickets if you order Native Land IPA!

ReNew Earth Running‘s mission is running to protect and heal the environment by restoring land to the stewardship of Tribal Nations and Indigenous leadership.

Native Governance Center is a Native-led nonprofit dedicated to assisting Native nations in strengthening their governance systems and capacity to exercise sovereignty. 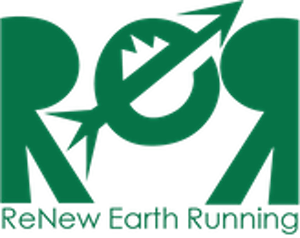