May’s Member of the Month is Serena Boyce!

Our Member of the Month enjoys 50% off draft beer in the taproom all month long, and is nominated by taproom staff and fellow members. If you have a super member in mind who you’d like to nominate, email Anna ([email protected]) with their name and why you think they should be Member of the Month.

Why did you join Fair State as a member?

Ever since moving to Northeast Minneapolis in 2020, I would come to Fair State at least once a week. Then, after Fair State’s taproom and beer garden opened back up after being closed due to the pandemic, I became a regular and would go to Fair State practically every day. What can I say? The beer and taproom staff are quite awesome. Taproom staff member, Charlie, would always ask me “are you a member yet?” which I would always reply with “no, not yet, but I shall be soon!” Finally, I saved up enough money and, on my birthday, I treated myself and officially became a member of Fair State Brewing Cooperative. Best birthday gift to myself!

What’s your favorite thing about being a member?

My favorite thing about being a member is that I get to truly be part of a locally-run, unionized small business in the community that I live in and love. Becoming a member gave me the ability to run for the Board of Directors, which has been a goal of mine for a while. I am eager to dive in, become a part of, and learn as much as I can about Fair State Brewing Cooperative, and being a member allows me to do just that.

My favorite beer of all time is Mirror Universe. Taproom staff member, Donelle, knows me so well. When I come in, she knows exactly what I want and pours me a Mirror Universe right away.

If you see me at the taproom, talk to me about…

If you see me in the taproom, stop on by and say “hi!” I do enjoy talking with the patrons of Fair State, as they’re cool people. Talk to me about what good songs you’ve listened to recently, or tell me about your favorite IPA beer. Music and IPA’s are two of my favorite things.

Not a member? Learn more about the benefits of joining! 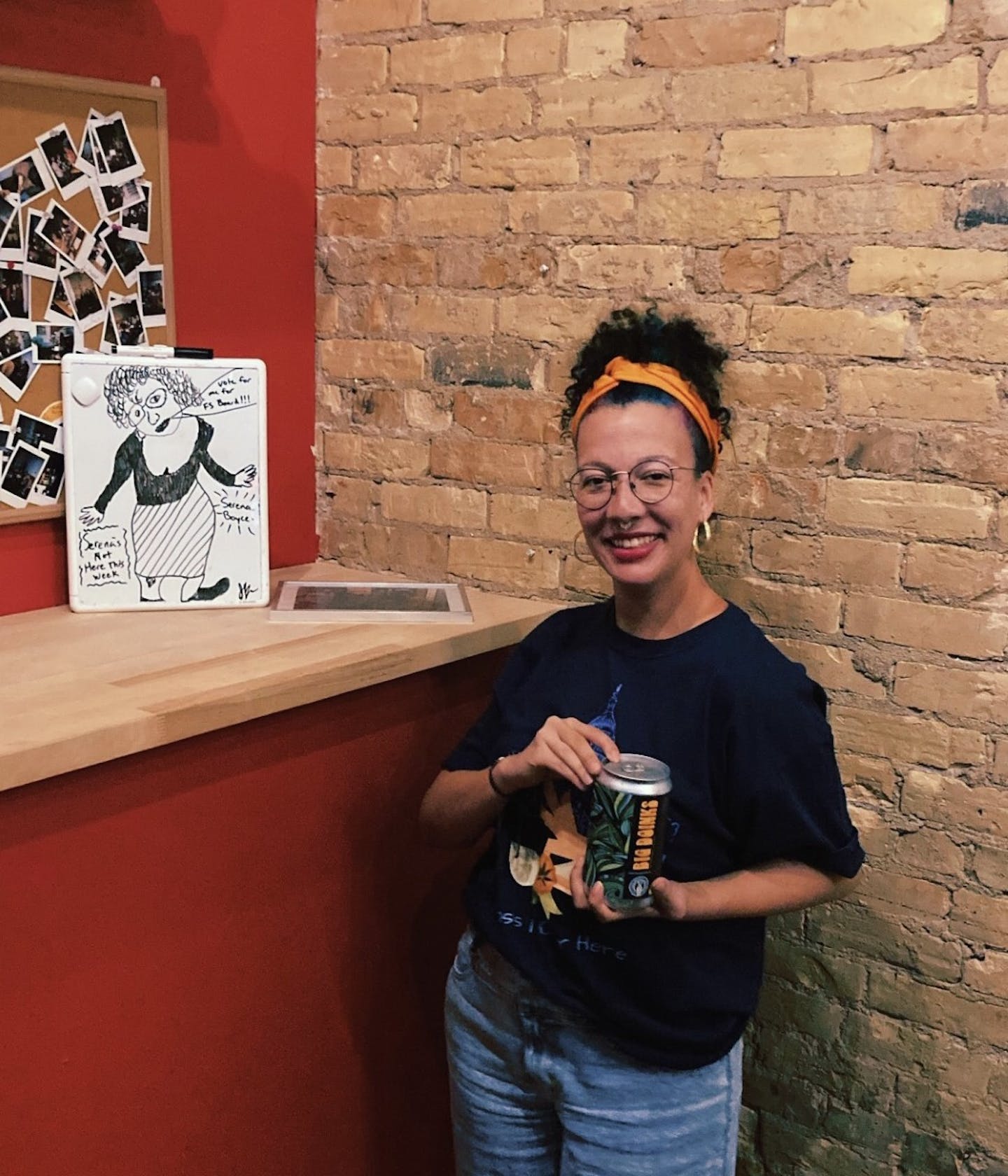 member of the month, membership
Meet the Candidates: Board of Directors 2022
Lead Packaging Technician