The 40 best beers in Minnesota 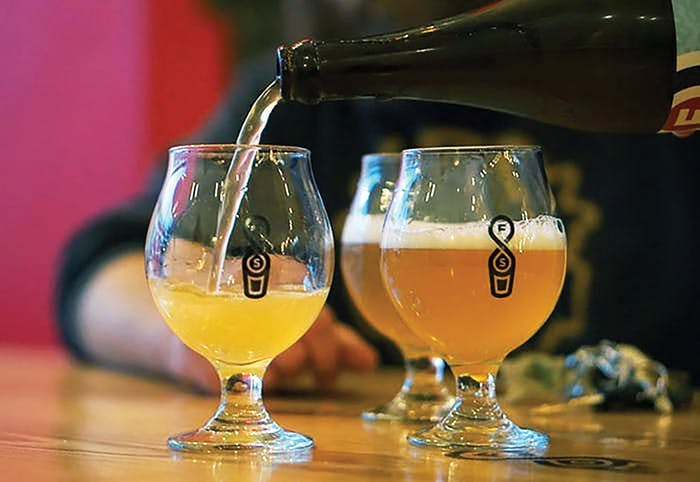 Minnesota is one of the nation’s emergent beer markets. There are over 150 breweries operating instate, with new shops popping up at a gold rush pace. In four decades, we’ve gone from desert to oasis, with the biggest boom coming in the eight years since the 2011 Surly Bill.

City Pages has tried a few times to encapsulate and quantify just how the beer world has changed during the time we’ve been covering the Twin Cities scene. But any stab at definitude is dulled by the tectonic movement of the brewing industry. In 2019, evaluation isn’t nearly as important as re-evaluation.

That’s why we’re using the occasion of our 40th birthday—and our annual beer-filled parking lot party—to take an academic look at the beers coming out of Minnesota and attempt to tabulate that greatness. This list may only be a mile marker on a road that’s only just being laid, but when we look back in another 5, 10, or even 40 years, it’s these 40 beers we’ll remember as the best of their time.

Fair State made the list three times with Vienna Lager, Mirror Universe, and the Pils.

It may be passé to laud a beer for its allegiance to the Reinheitsgebot, but greatness had a definition long before artisans started putting yeast, water, malt, and hops together in the United States. That definition is capitulated in Fair State’s no-bullshit Bohemian-style “fizzy yellow beer”: Pils.

Pils is perfect in a way that’s difficult to articulate. It tickles a part of your brain that has evolved to recognize good beer on instinct—a hidden lobe that has not developed to recognize lactose or lupulin powder but only sweet, clean-finishing barley water pulled back through time and poured into a glistening pilsner glass for your instinctual enjoyment.

Continue Reading
The Most Underrated Brewery in Every State
Reasons to Love Minnesota No. 83: Fair State Brewing Cooperative
Welcome to Fair State.

Sign up for our weekly email newsletter for the latest on new releases and special events!